A few weeks ago, I gave a fun interview to Amy Wilkinson at MTV News about the “science” behind Jack the Giant Slayer, a re-telling of Jack and the Beanstalk. 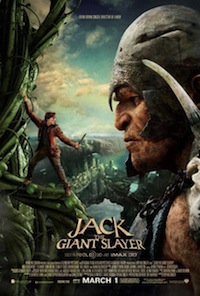 The first thing that came up was how we tend to forget that plants are even alive. I had planned to bring this up at some point in our conversation, but Amy set it up beautifully by asking, “So is it even possible for a plant to actually come alive (like in the film)?” Of course I don’t fault her at all for stating it this way, and when I pointed out that plants are already, in fact, alive, she laughed at herself. But we both knew what she meant, in part because we really do tend to think of plants as part of the scenery — inert, inanimate, unchanging. In reality, none of those are true, but the things they do, they do on a frequency that we don’t share, leaving so much of their activity functionally invisible to us. This invisibility is part of what makes it so startling and fun when a plant is cast as a character in a story like Jack and the Whatever.

As if it were not enough that plants do their things too slowly to notice, we have also managed to exile them from our day-to-day lives almost completely. Unless you are one of the 3.4 in 1000 Americans claiming farming as your occupation, you likely don’t have any need to think about plants actually growing. Sure, many people enjoy gardening or horticulture as a hobby, but I suspect most of them see plants through the lens of scenery and decoration, not as the living, active organisms they are. After all, if you can buy it in the Wal-Mart parking lot, how alive could it be?

Some plants, of course, do grow at a rate that approaches our own perception. World record-breaking pumpkins, for instance, can add 50 lbs of mass per day at the peak of their growth — you could nearly hear the water flowing into the gourd, I suspect. Certain varieties of clumping bamboo can grow about 3 ft per day — just shy of 1 mm per minute, so you’d have to watch closely, but you may just notice it. Certainly if you checked, enjoyed a cold beverage, and checked again, you’d be able to tell. 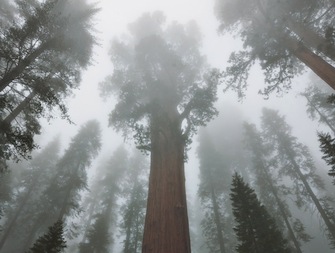 These plants all pale in comparison to the mighty redwoods, Sequoiadendron giganteum. These gigantic organisms have literally billions of leaves and gain several tons per year in mass, almost all of which is added from thin air via photosynthesis. These giants actually speed up their growth rate as they age, something I’m sure many companies would love to replicate if they could. Their sheer size aside, the redwoods are an apt example here for another reason. Like the beanstalk in the folk tale, scientists have found an utterly foreign and fascinating world 250 ft above the ground, in their crowns. While it may not be filled with killer giants and gold coins, I’d happily trade an old cow for a chance to visit such a world and have a look around.

View all posts by Chris Wolverton

This site uses Akismet to reduce spam. Learn how your comment data is processed.

I teach about molecules, cells, and plants and do research on how those things combine to produce plant behaviors, especially in response to gravity. I'm on twitter @cwolverton
Loading Comments...